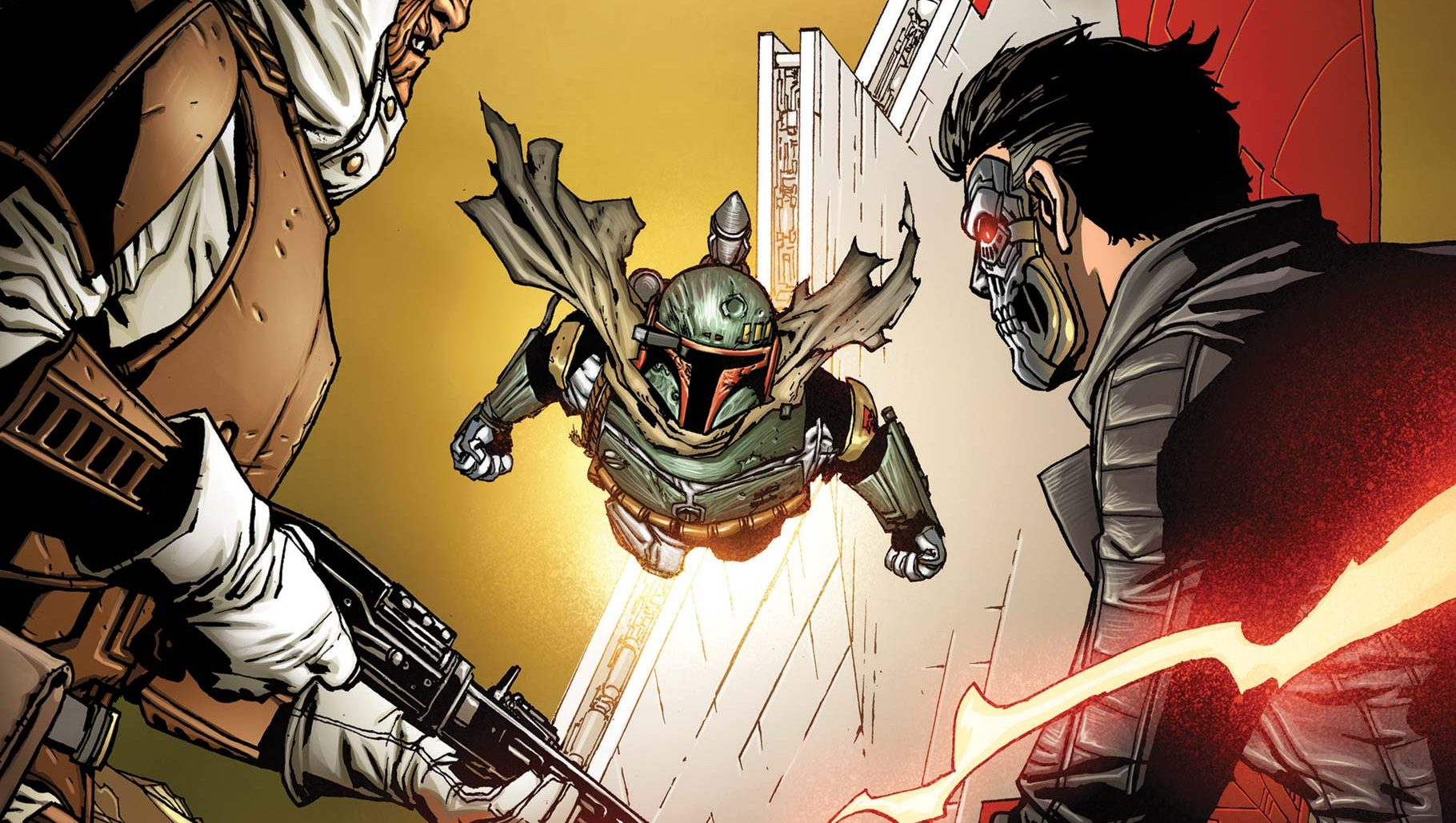 While last week was the busiest yet during our coverage of Star Wars comics, this was the slowest with just Bounty Hunters #16 releasing. While technically we did get another issue in the form of IDW’s Ghosts of Vader’s Castle, I won’t be talking about those in these round-ups. IDW’s comics are mostly aimed at a younger audience and don’t usually contain much canon substance, so we’ll be sticking to just Marvel for now.

You may ask yourself, “but wait, you covered Monster of Temple Peak and THRA and that’s IDW!”, and yes, but the exception there is that those are part of the High Republic. In The High Republic story initiative literally everything counts, they have me reading literal children’s picture books for content! If you were wondering, yes, they have stickers, and yes they are wonderful. In short, I’ll cover IDW on a case by case basis. Anyway, on to this week’s comic!

Writer Ethan Sacks and artist Paolo Villanelli are back with Shadow Soldiers, another chapter in the still growing War of the Bounty Hunters crossover event. The biggest thing that jumps out to me is the telegraphing of Valance’s back-seating. This guy is either dying or lying low for a triumphant comic book return after a fake out death because boy, sacks does not paint a pretty picture. Besides the fact he’s currently flying into the jaws of death with Boba Fett, he literally feels his heart deteriorating inside his body. I’m no doctor but last I checked, not the best to have deteriorating. Besides that depressing notion, this issue is filled with some freaking sweet stuff. Funny witch-doctor Zuckuss, freezing to death Bossk, backstabbing Dengar, and yep, ANOTHER closing page with Deathstick. I guess she’s the lady to call if you need to end a comic book, Marvel/Lucasfilm has her on speed dial that’s for sure. Villaneli’s art is stellar, the ice fields of Jekara are subsequently stunning.

The big reveal story wise is Crimson Dawn’s interest in Cadeliah, the Grogu to Valances Din Djarin and major plot point of the previous Bounty Hunters arcs. She is the key to the Corellian syndicates and it makes sense Qi’ra would want to conquer her home as she steps back out onto the galactic stage. I suspect we’ll see more of her in the Crimson Reign to come.

Thanks as always for reading and come back next week for our coverage of Star Wars #17 , The Chase. Luke and Vader face off as The War of the Bounty Hunters nears its end!